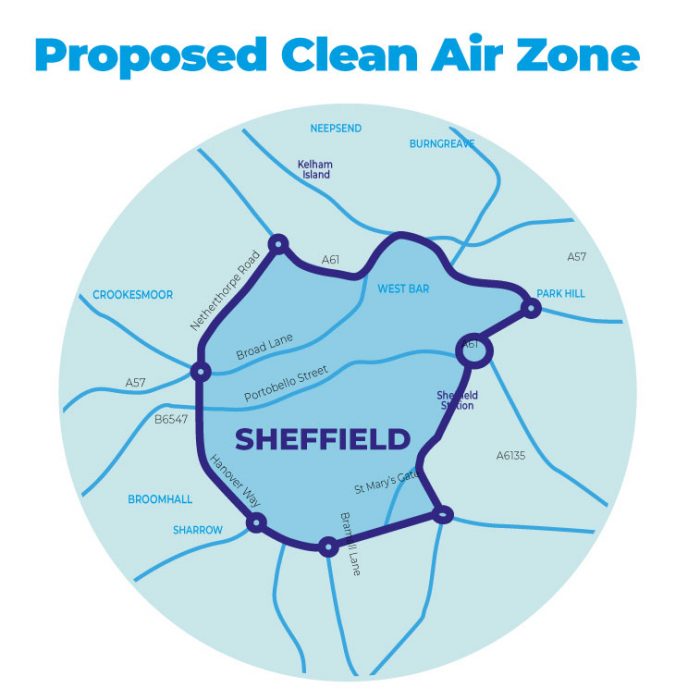 Sheffield promotes itself as the ‘Outdoor City’ and one of the greenest cities in Europe. A Clean Air Zone would allow the safe pursuit of outdoor activities and support its green credentials.

We support the inclusion of taxis, buses and goods vehicles. The Clear Air Zone should also include charging the most polluting private cars.

CycleSheffield would support the expansion of the Clean Air Zone to cover other parts of the city which suffer from illegal levels of air pollution, around schools and hospitals, and Sheffield’s arterial roads.

In addition to a Clean Air Zone the currently proposed Clean Air Zone should become a Congestion Charge Zone as well. We also support the introduction of a Workplace Parking Levy in Sheffield.

The proceeds from the Clean Air Zone, Congestion Charge Zone and Workplace Parking Levy should be ringfenced for active travel and public transport improvements. This would have positive consequences on the health of the city with ‘healthy life expectancy’ currently at a plateau and obesity at epidemic levels6.

The introduction of a Clean Air Zone is a positive move that will improve air quality and public health, but the measures need to be taken further to maximise the benefits.